Ika8 are bringing the heat to Melbourne’s west, offering up tantalising South East Asian street food with a ‘giant’ twist. This fun-filled neighbourhood venue is making a statement on the streets of Footscray serving up a highly distinctive offering centred around the deliciousness of giant squid. The eponymous 8-legged ‘ika’ meaning ‘squid’ in Japanese, gives the restaurant its unique niche in the street food scene. Principle Design and Architects Eat were presented with opportunity of showcasing this unique offering in the growing Australian food market by creating a modern cultural identity as a nutritious and delicious, accessible snack on the go, and thus Ika8 emerged like a kraken from the deep seas to suburban Melbourne.

Ika8 approached Principle Design to create a visual identity that embodied their love of the hustle and bustle of street food. Seeking to honour the novelty of their 8-legged icon as their point of difference, we created a dominant, illustrative giant squid as the keystone of their brand image. Overlayed on evocative marketplace imagery in a sea of blue hues with gold logo accents, the design seeks to encapsulate the dualism of the heritage street food traditions with a contemporary brand identity representative of the bold flavours served up. The quirky marine graphic was applied across the internal and external signage, banners, food packaging, digital menu as well as a playfully large-scale print menu befitting their giant mascot.

This fresh and original take on fast food called for a functional packaging system that concurrently displayed the impressive scale of the unique food offering. Secured with a skewer, the golden crisp of the squid slots into the vivid blue, bespoke carton creating a visual statement whilst making it easy for customers to tuck in to the tentacles.

Imbued in cultural traditions and bursting with an effervescent character just as punchy as the flavours of this delectable delicacy, Ika8’s new brand identity celebrates the rich tradition of Asian street food whilst representing the originality of this authentic new comer in the Melbourne food scene. 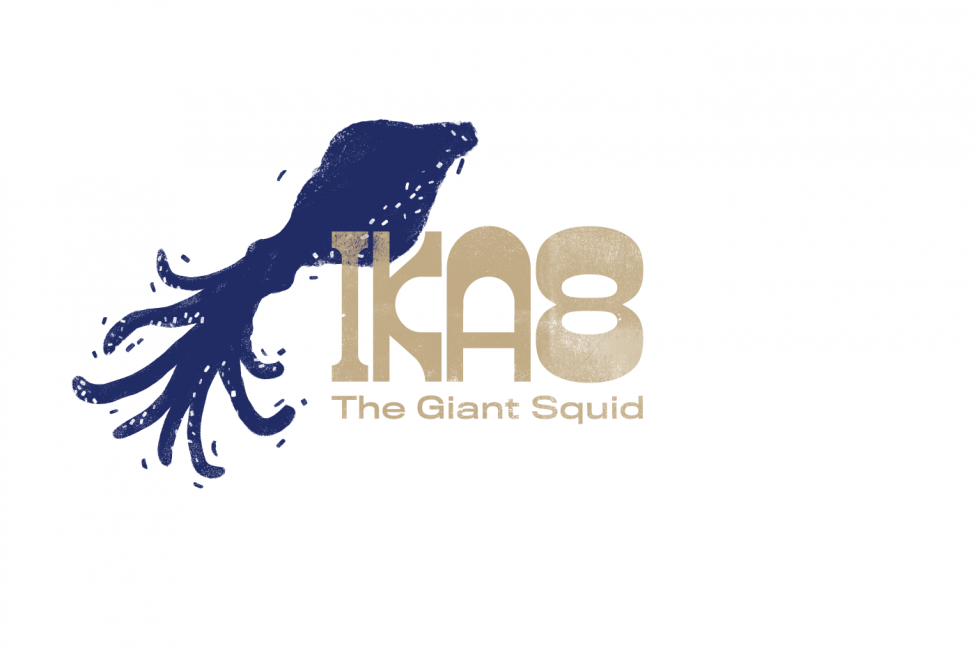 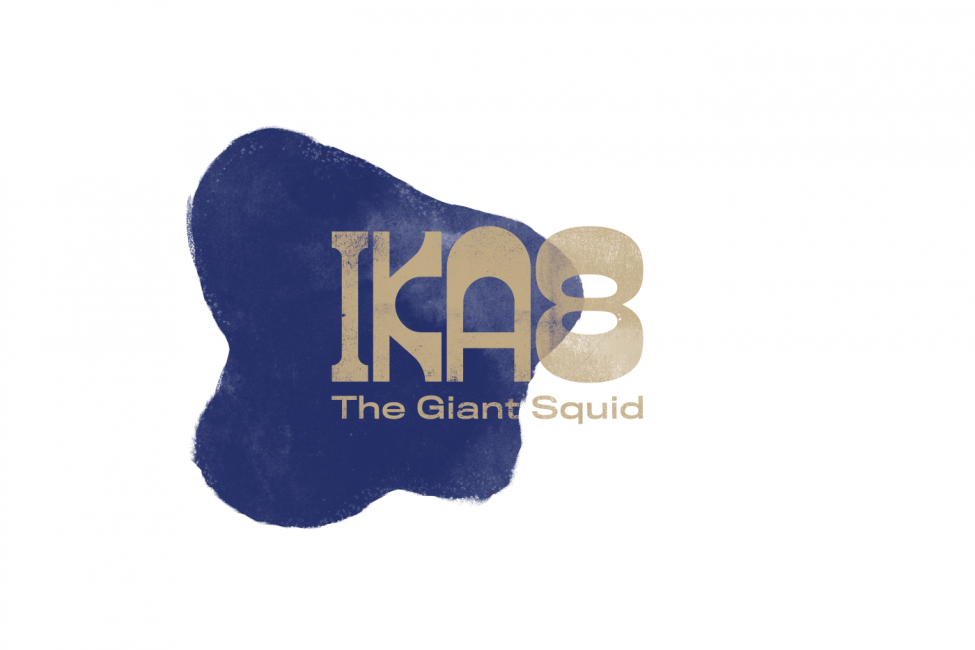 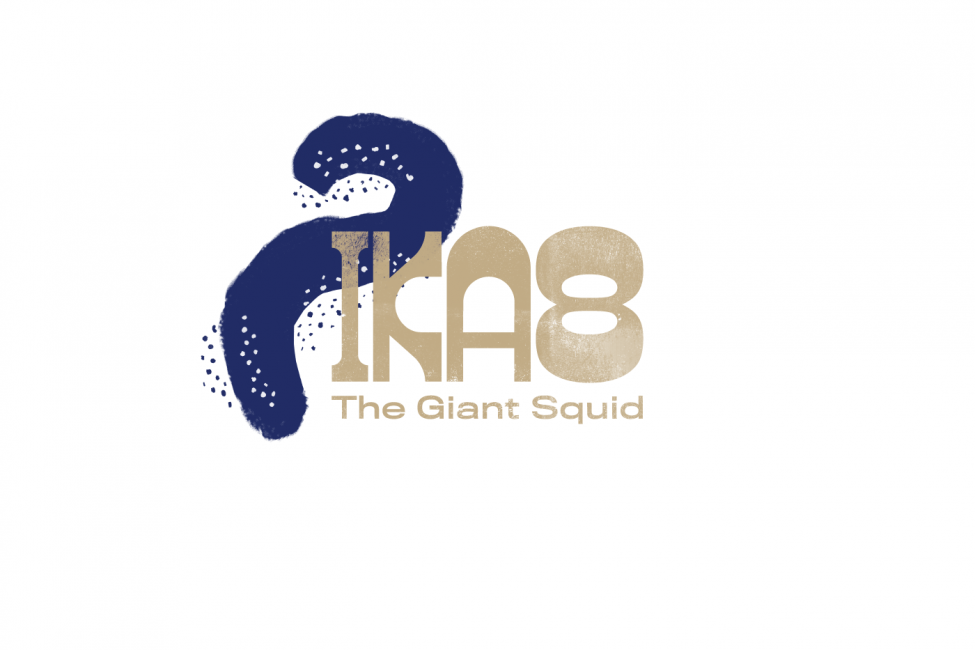 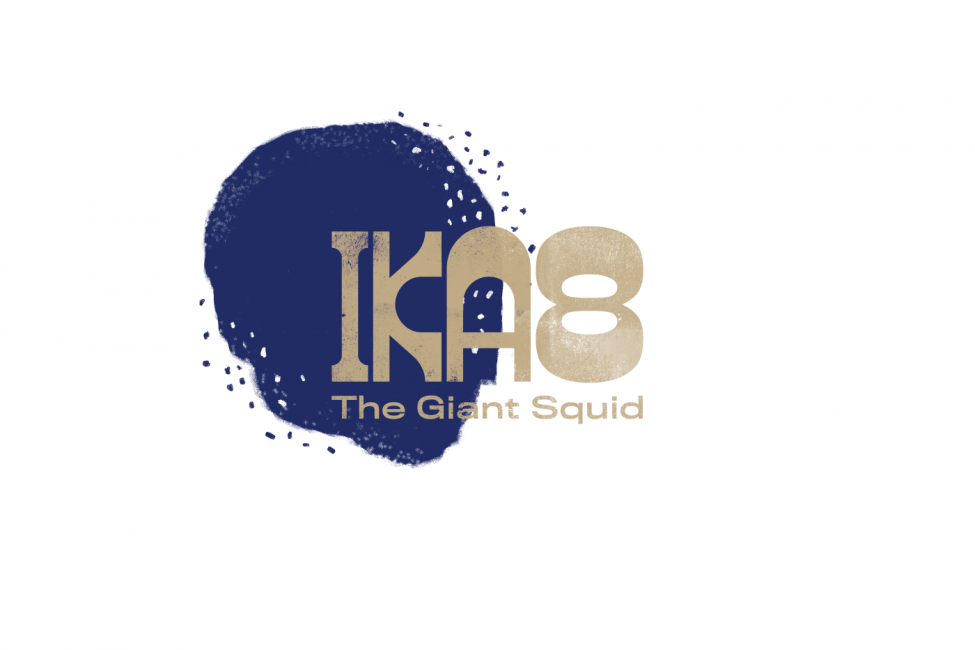 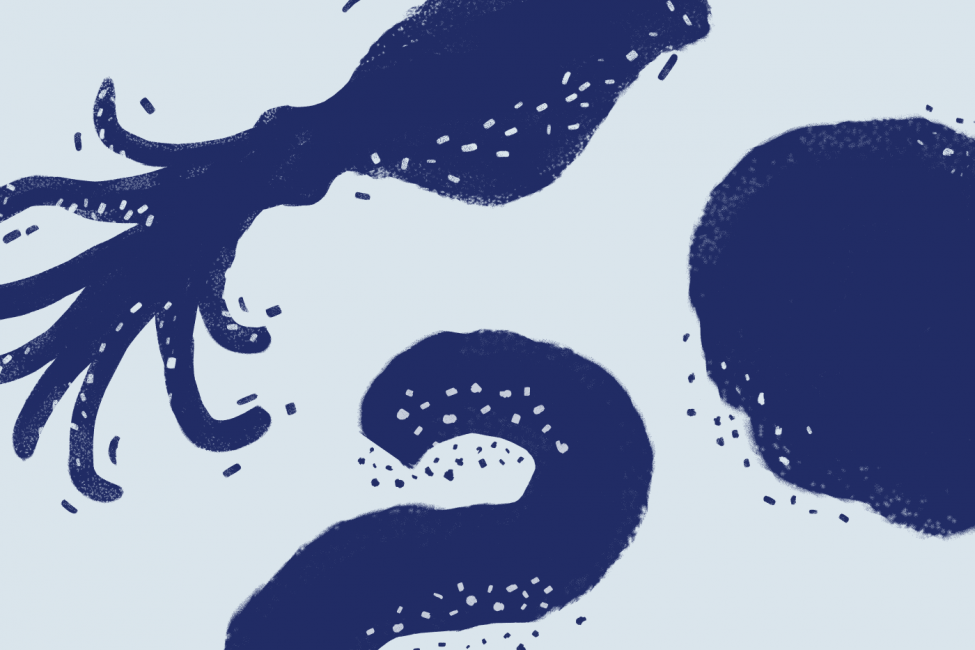 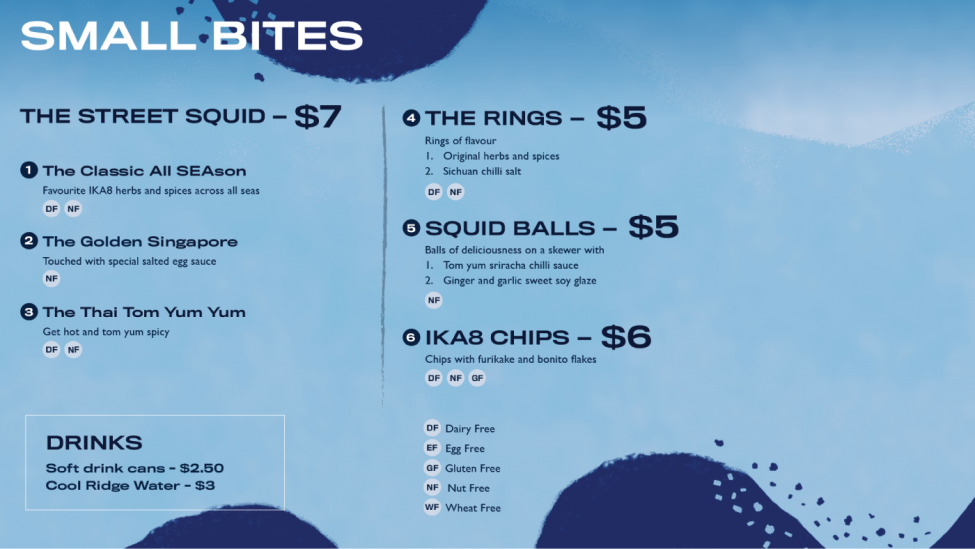 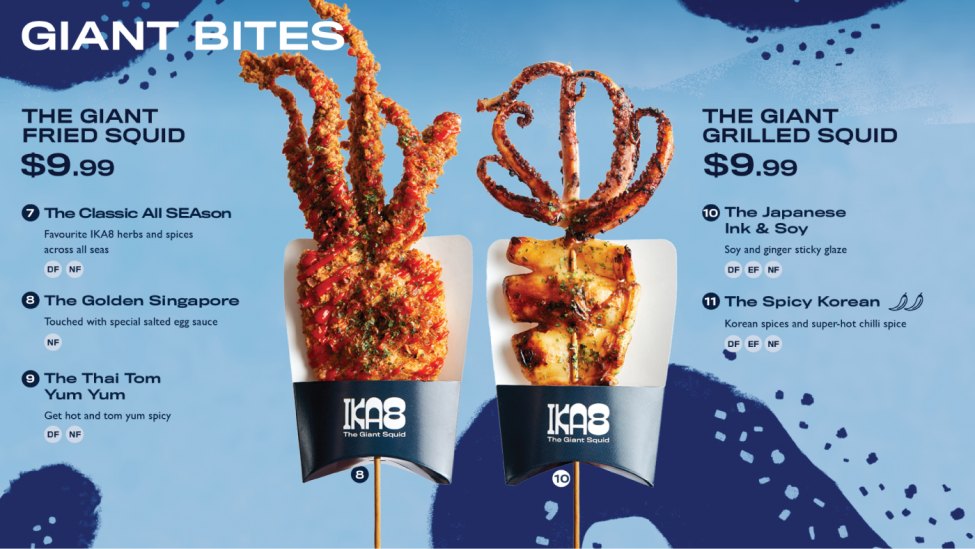 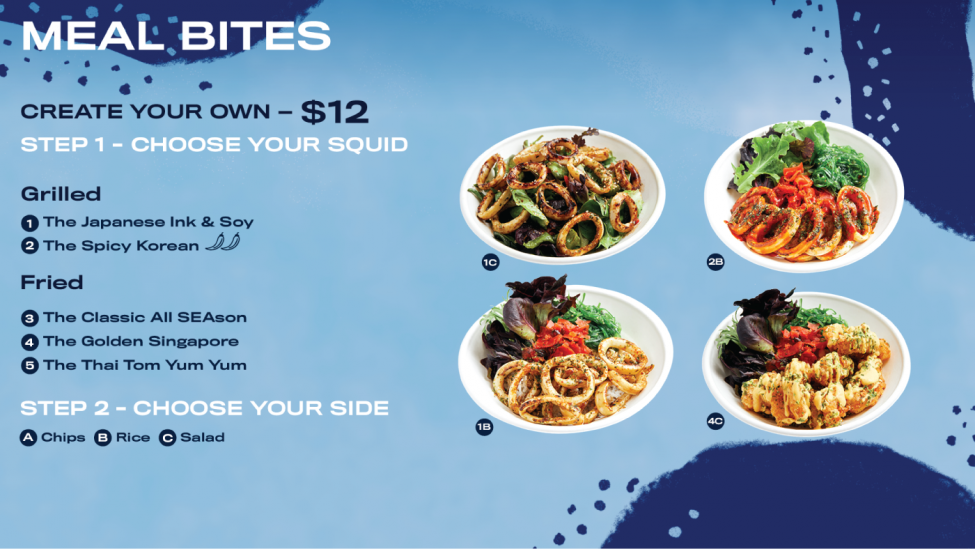 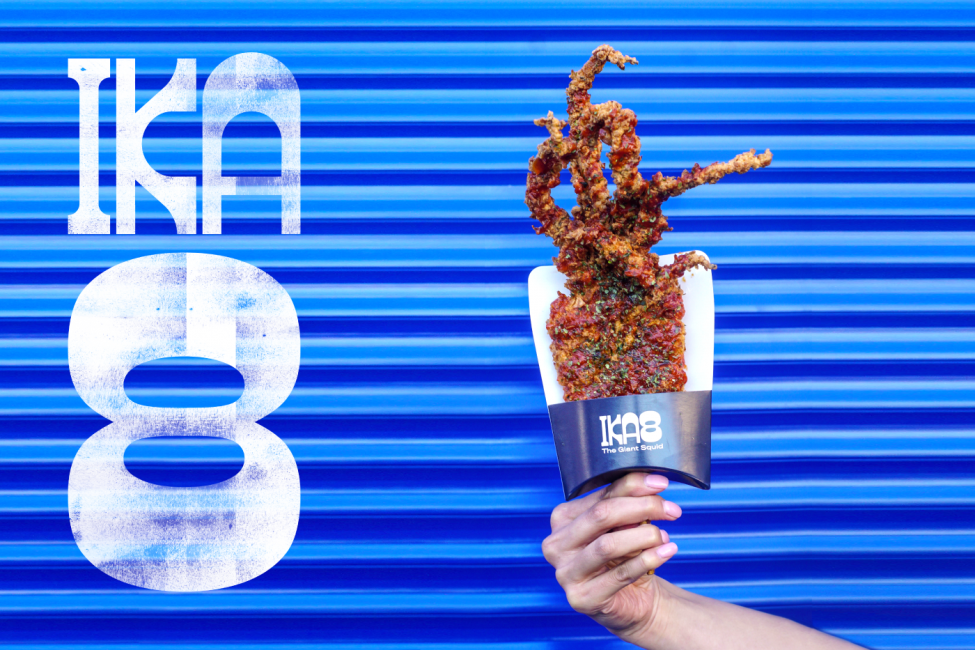 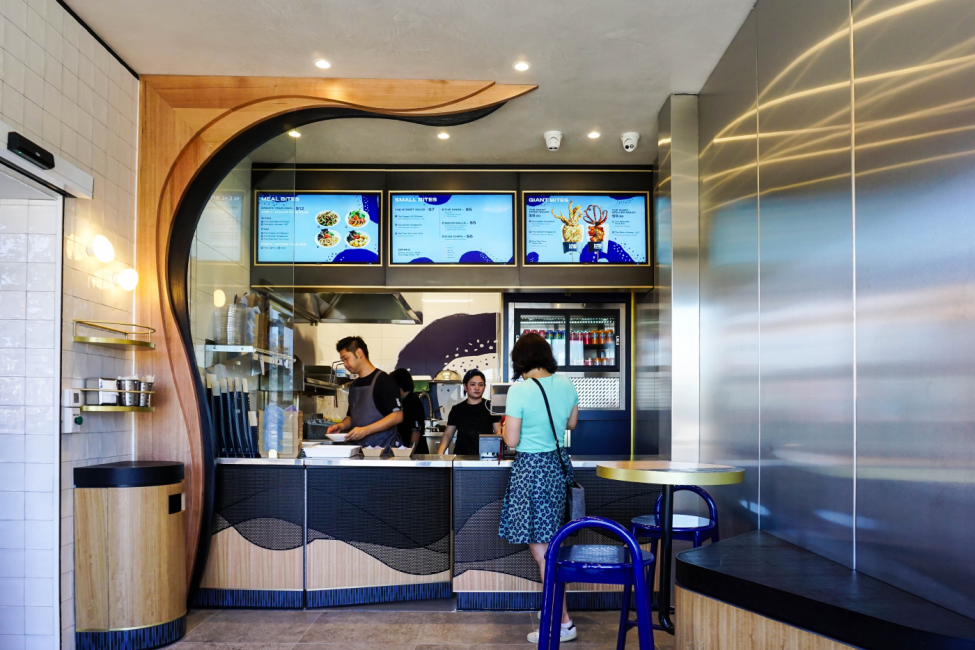 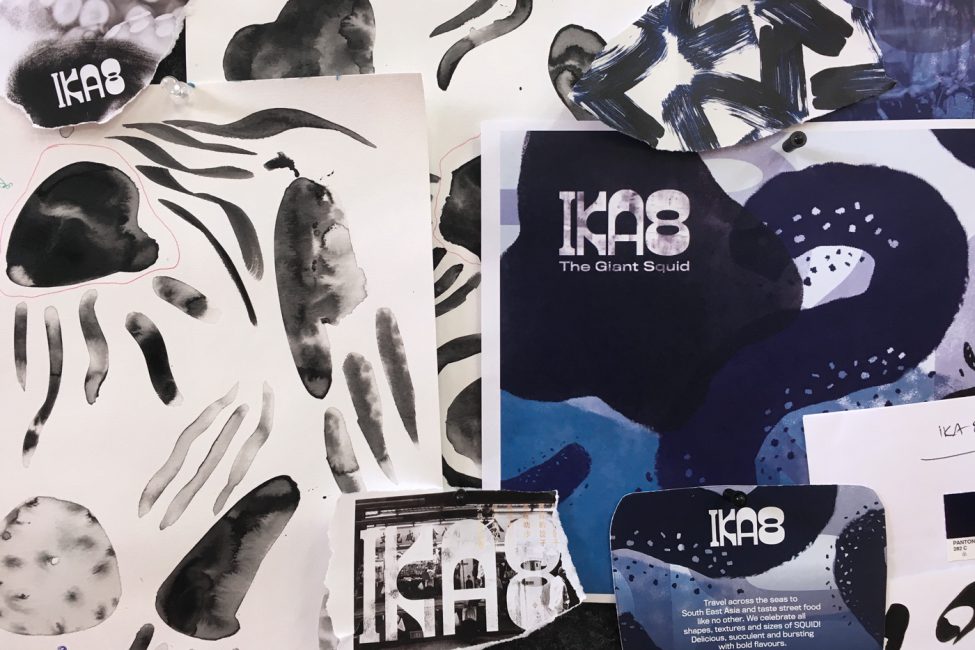 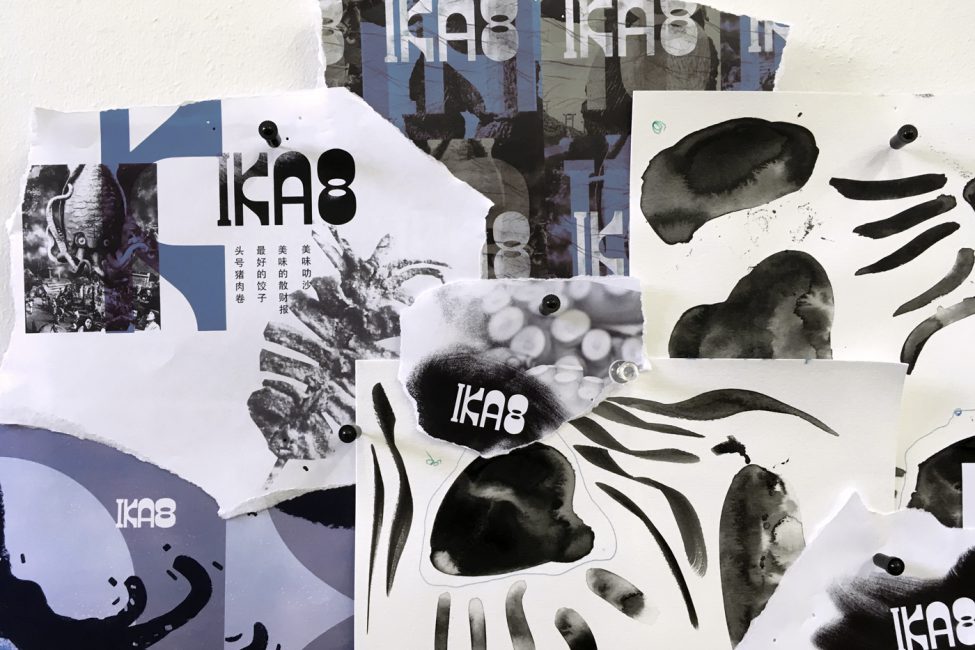