Ian McGill is a technology, media and communications (TMT) lawyer based in Sydney. After working for thirty-eight years at the prestigious Allens law firm — thirty of those as a partner — Ian decided to take some time off, to slow down and reflect. He didn’t decelerate for long! Shortly after departing Allens, Ian decided to embark on a new and exciting endeavour of his own, one primarily ‘for purpose’ rather than profit — values aligned closely with those of Principle Design’s. Needless to say, we were thrilled to be involved with helping create Ian McGill’s brand identity and collateral.

Partnering with Justice Connect, Ian recently opened his own practice, Ian McGill Solicitor. His goal was to serve like-minded clients in areas of social justice, climate action and constitutional recognition of Aboriginal and Torres Strait Islander peoples. Following this, Ian aims to open McGill Coaching and Consulting to continue teaching, coaching and mentoring.

We wanted our design for Ian McGill’s wordmark to be clean, bold and contemporary, reflecting Ian’s forward-thinking and modern practice. To support this tenor, we carefully selected a warm and humanistic-feeling font, which we felt reflected the nature of Ian’s pursuits. The deep, forest green employed was less stark and corporate than a black or grey, with connotations of the natural world, an element McGill endeavours to protect.

The final result was a brand identity for Ian McGill’s letterheads and email signatures that, while sophisticated and professional, still resonated a welcoming and inclusive tone. 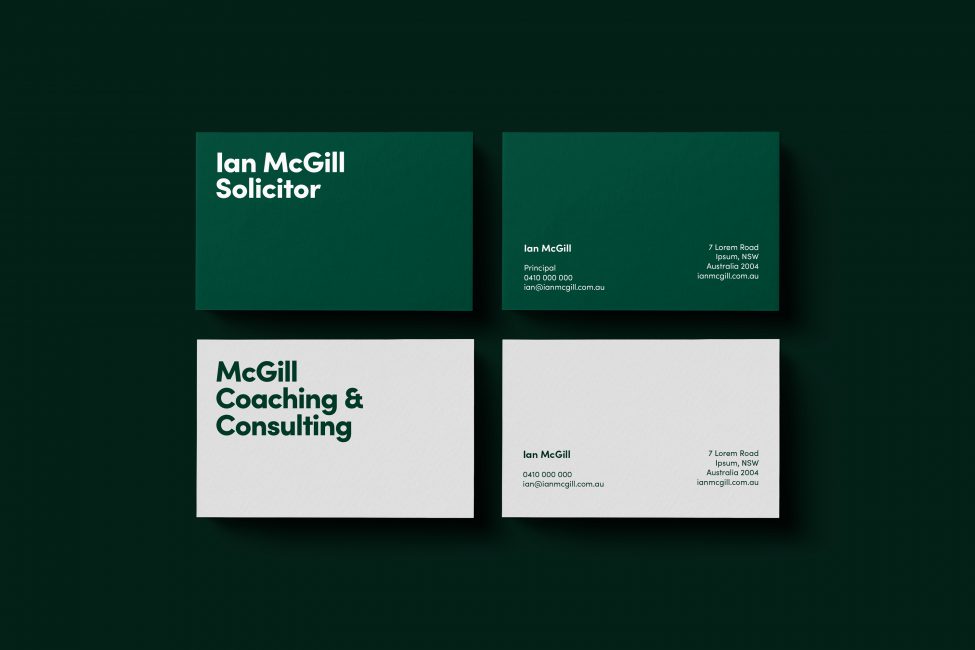 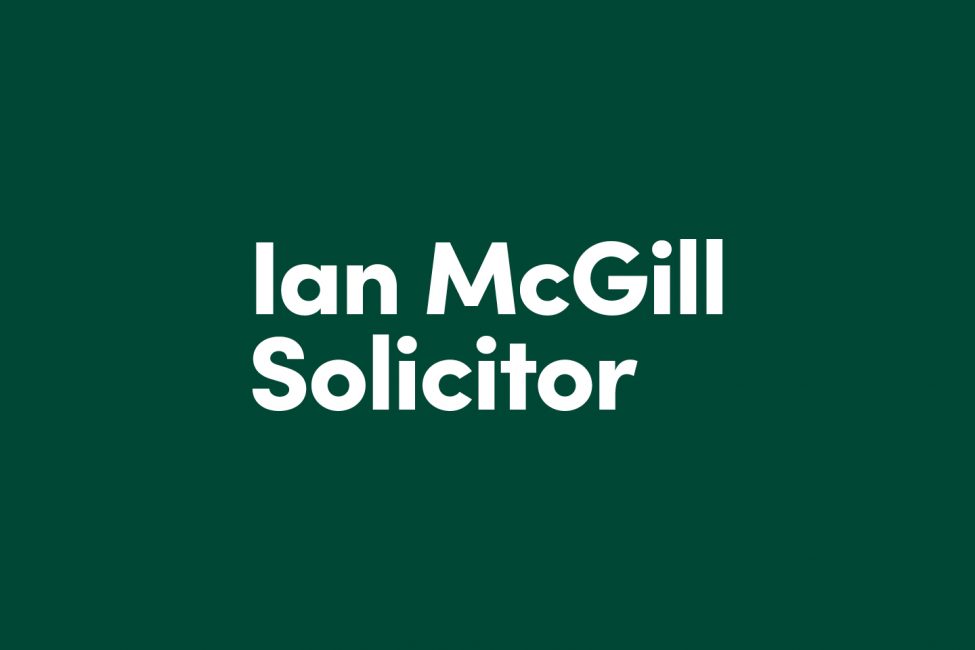 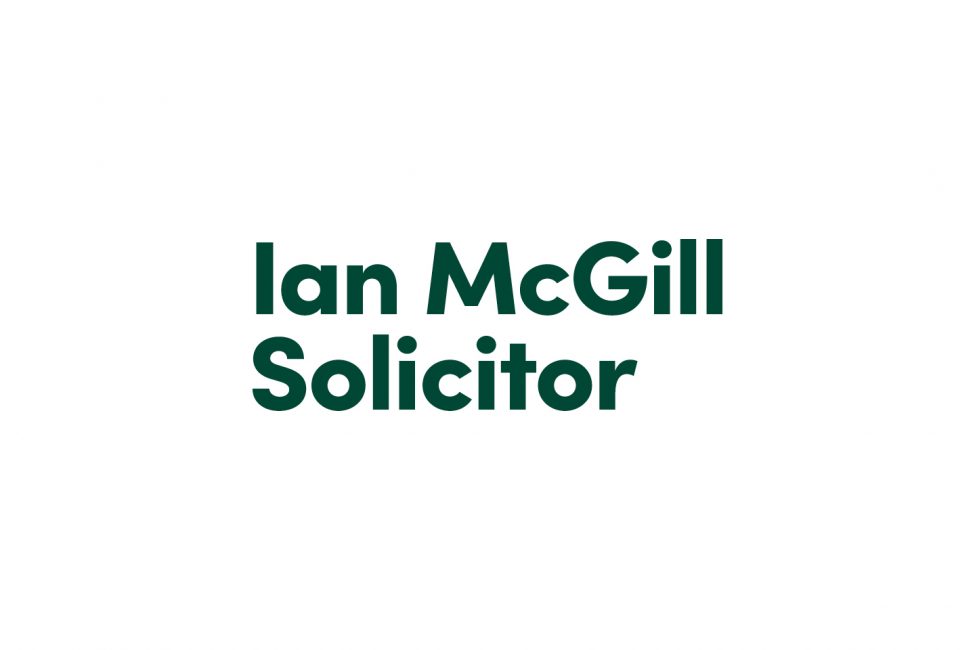 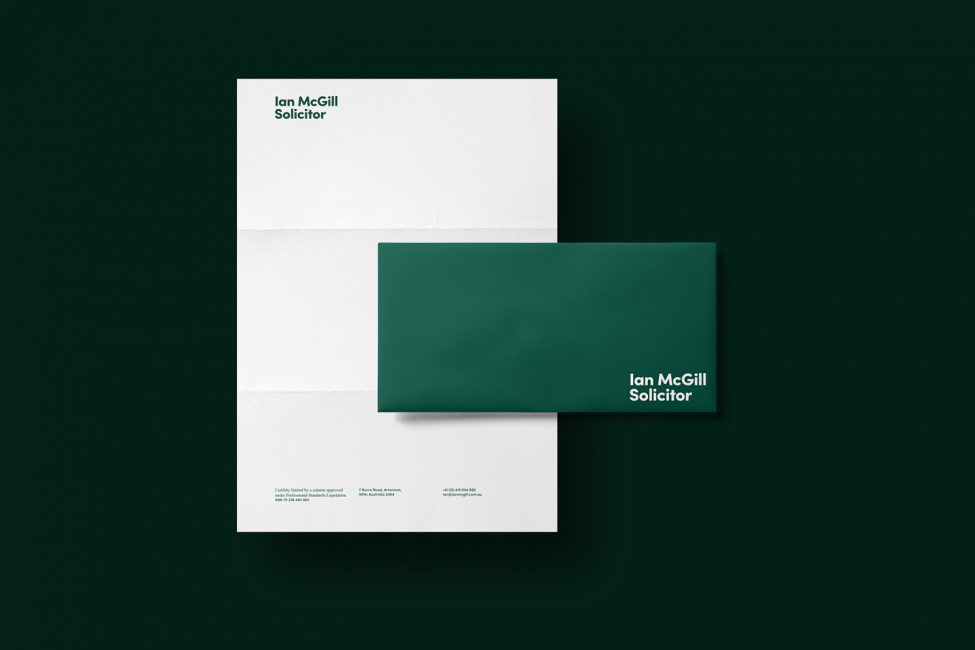 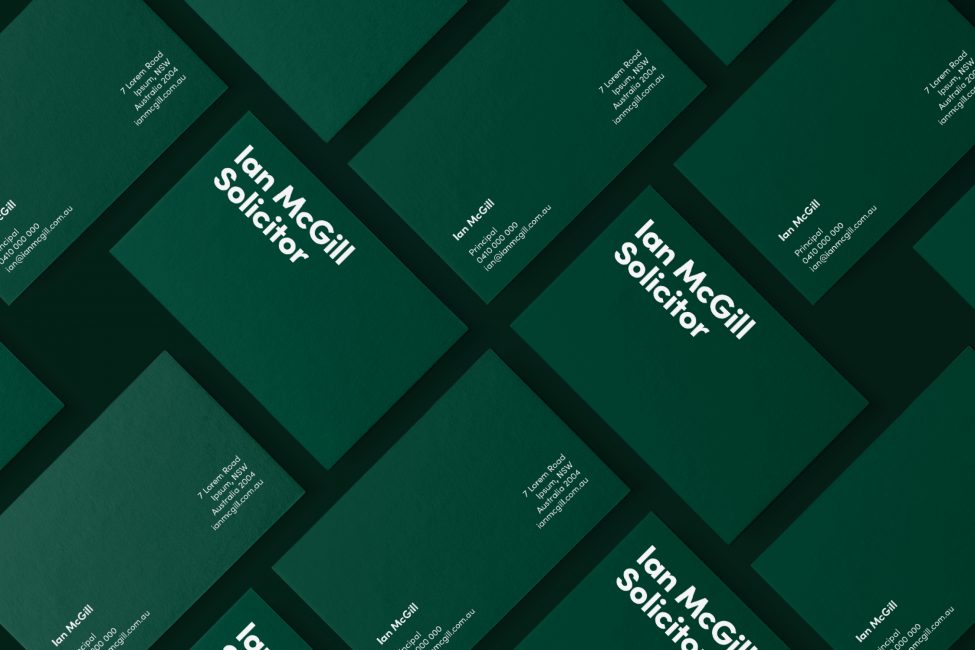 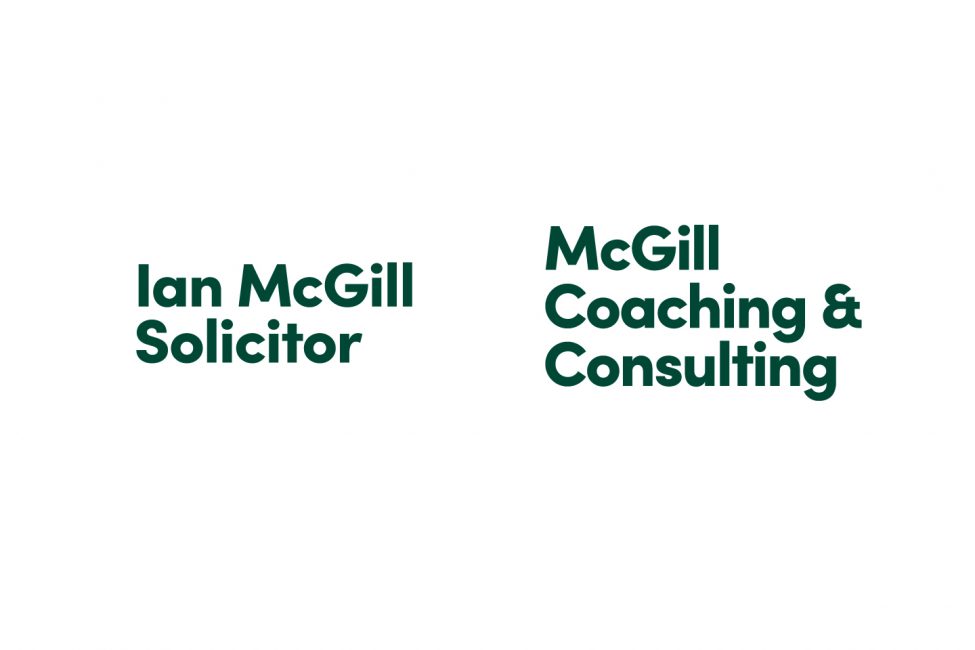 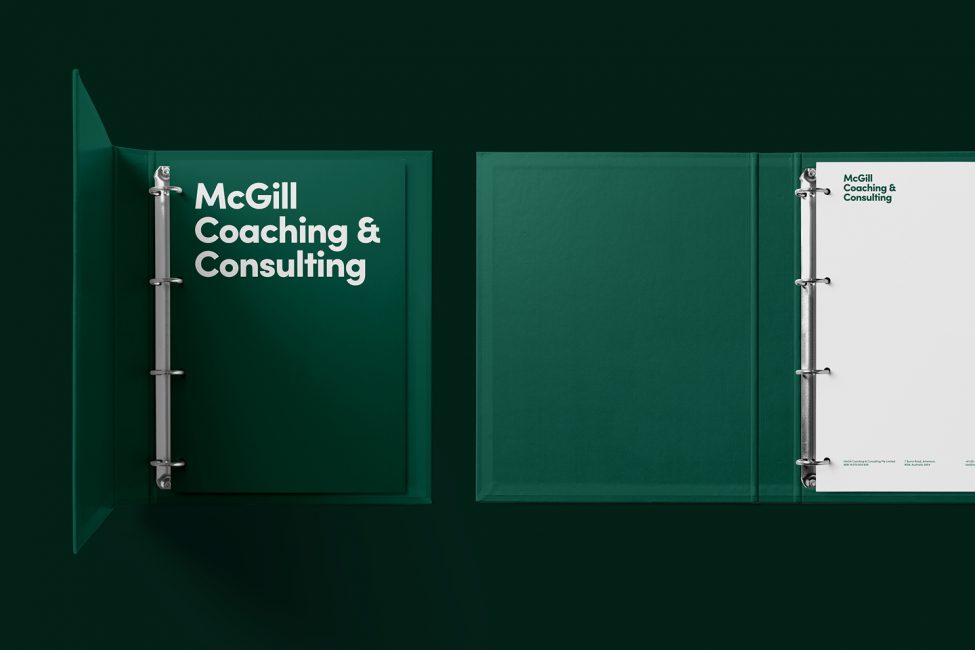 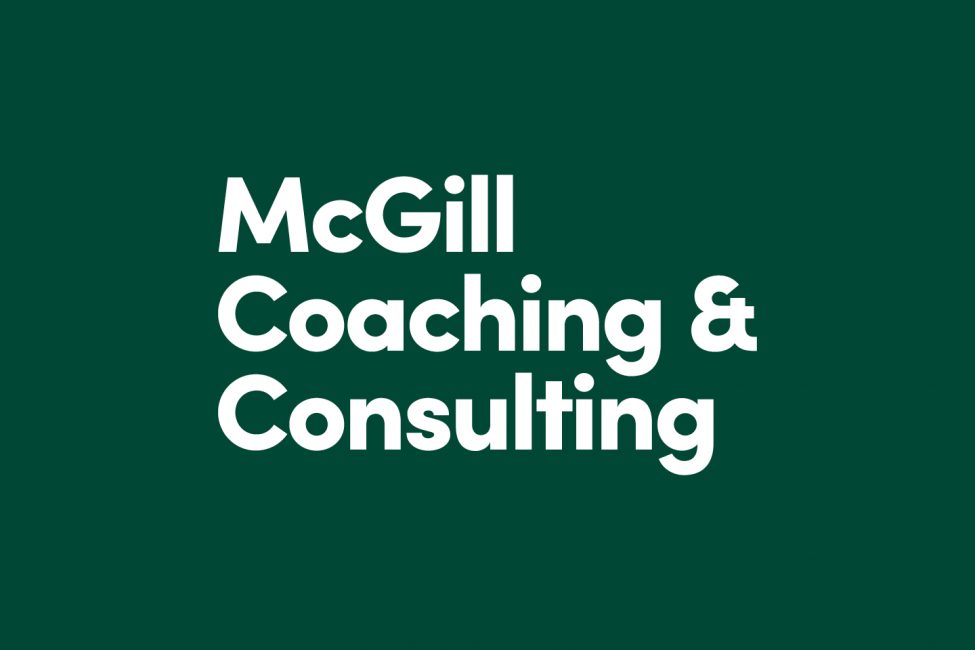 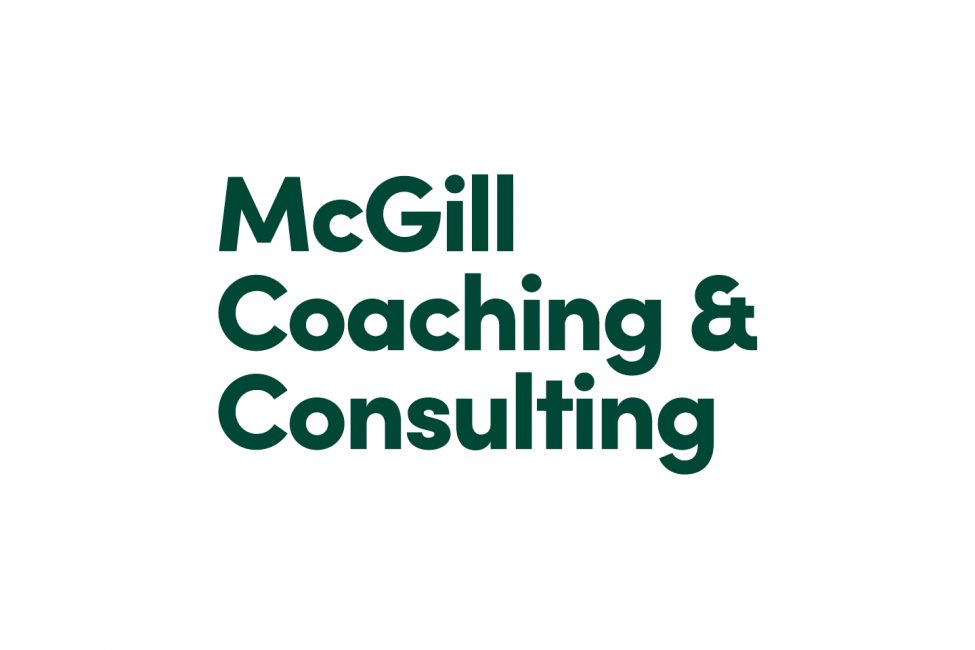