Our collaborative project with Architects EAT was featured in Issue 55 of Artichoke Magazine.  It’s a great feature with an explanation of the concepts behind the design and interiors and stunning photographs of the restaurant by Derek Swallwell. Ella Leoncio writes:

“A full-sized Tetsujin figurine – the animated iron man character that the restaurant is named after – is suspended from the ceiling. A graphic mural by Principle Design is printed across the walls, gathering in intensity as it travels deeper in the space and further from the sushi train.  It terminates at a full bar at the opposite end where projections illuminate the building opposite.” 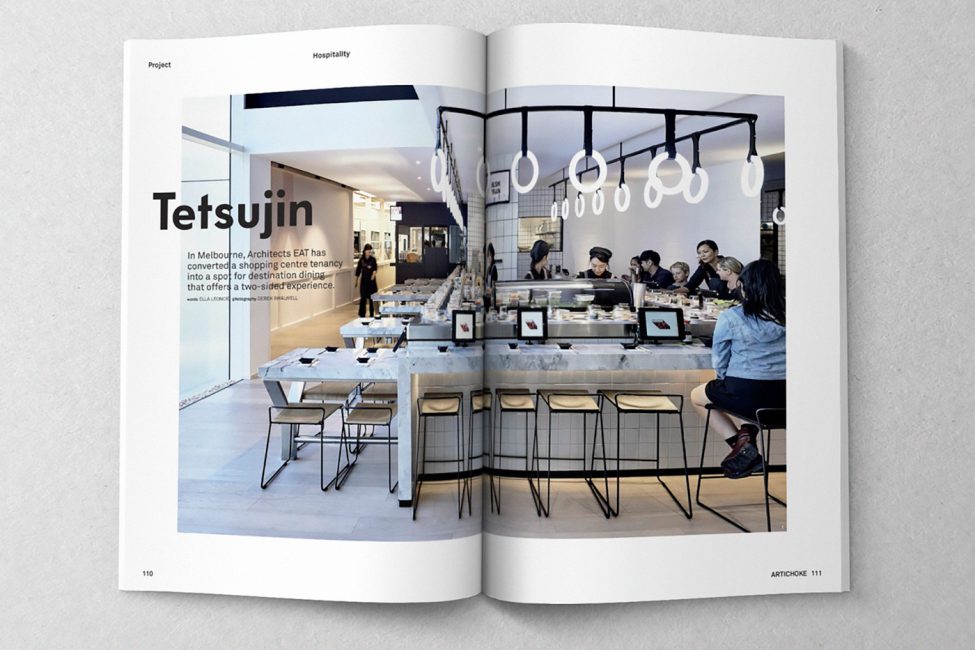